A 67-year-old man presented to the emergency department with complaints of blurred vision in one eye developing over the last several weeks. He was referred to an ophthalmologist who could find no structural abnormalities but noted near-complete vision loss in the right eye. Imaging studies demonstrated a right skull base mass with bony destruction on CT and gadolinium enhancement on MRI studies (Image A and Image B, respectively). Whole body imaging and examination revealed no other lesions. A biopsy was performed. 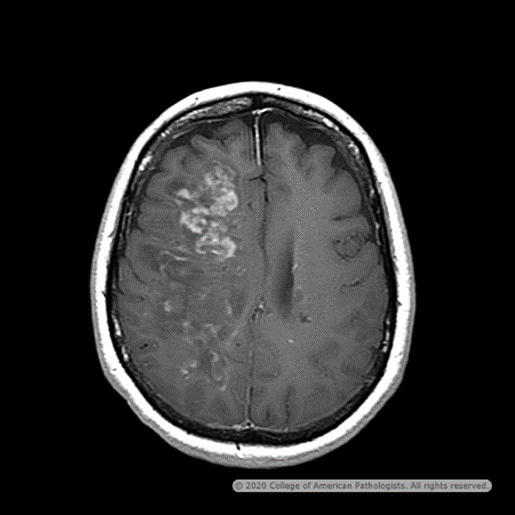 Whole Slide Image
The whole slide image provided is an H&E stained slide of the skull base mass from a biopsy.

The diagnosis in this case is plasmacytoma which is a hematologic malignancy defined as a solitary mass composed of a clonal expansion of plasma cells, with no or minimal bone marrow plasmacytosis or other symptoms beyond those directly related to the primary lesion. A plasmacytoma can occur in any bone with active hematopoiesis. The etiology of plasmacytoma is unknown. Chronic antigenic stimulation, infection, toxic exposure, and radiation have been proposed as potential etiologies.

The incidence of plasmacytoma is 15/100,000 with an incidence twice as high in males as compared to females. Individuals with osseous plasmacytoma have a 50% risk of developing plasma cell myeloma within 10 years of initial diagnosis, while those with extraosseous plasmacytoma have a 30% risk. A bone marrow aspirate is recommended for all patients with solitary plasmacytoma. Flow cytometry performed on the bone marrow aspirate may be helpful in predicting progression to plasma cell myeloma, as one study found that 71% of patients with positive findings on flow cytometry progressed to plasma cell myeloma versus only 8% of those with negative flow results. Treatment for solitary plasmacytoma is complete resection (if possible) followed by radiotherapy, which tends to have a response rate of 80% to 90% in tumors less than 5 cm in greatest dimension.

Skull base plasmacytomas are fairly rare with most arising in the anterior region. The petrous apex region of the temporal bone may be the most common site due to the relatively high level of marrow present. CT imaging of skull-based plasmacytomas generally demonstrates extra-axial contrast enhancement similar in appearance to meningiomas (Image A). MRI can show variable isointense, hyperintense, or heterogeneous intensity on T1 compared to brain parenchyma (Image B). Osteolytic lesions with sharp borders and without bony sclerosis or much periosteal reaction are typical of solitary plasmacytoma in the skull. Meningiomas may have bony involvement but typically are not as quickly growing and may show a peripheral “dural tail” extension. Chordomas tend to be more hypo- or isointense on MRI and tend to show heterogeneous enhancement with gadolinium. Chondrosarcomas also tend to be lytic and can show similar imaging features to chordomas but can sometimes be distinguished by their punctate or ring-like matrix mineralization.

As clonal expansion of plasma cells (Image C), restricted kappa or lambda expression helps to identify monoclonality (Image D and Image E) in plasmacytoma. Expression of CD20 (Image F), CD10, and CD52 are typically negative. Other immunostains that are positive in more than half of cases include CD19, CD43, CD117, CD56 (Image G), CD79 (Image H), CD138 (Image I), and/or CD38. A potential diagnostic pitfall is EMA positivity in plasma cells, mimicking epithelial or meningothelial neoplasms. The Ki-67 cell cycling index can be relatively high (Image J). Flow cytometry may be necessary to establish a diagnosis. 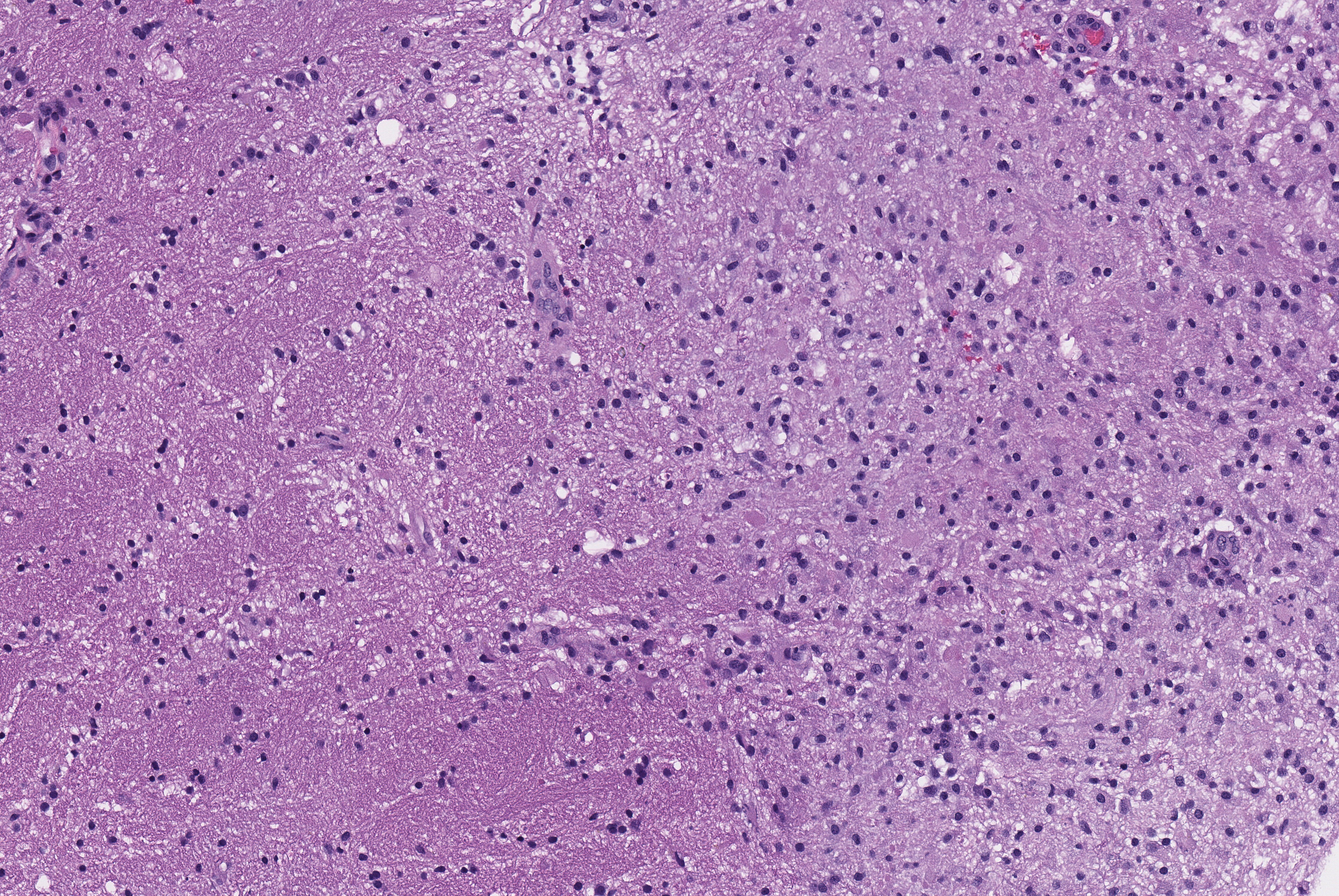 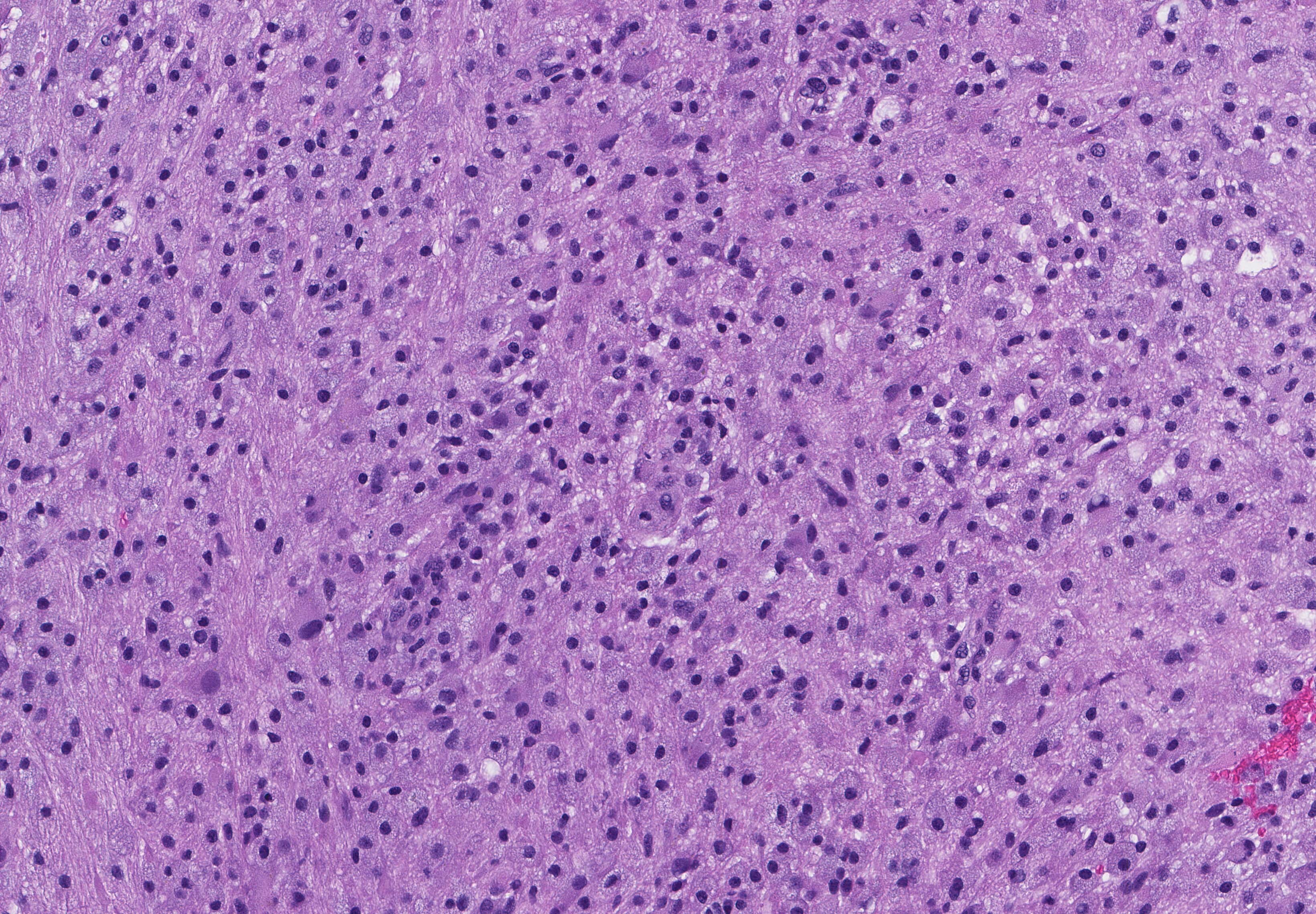 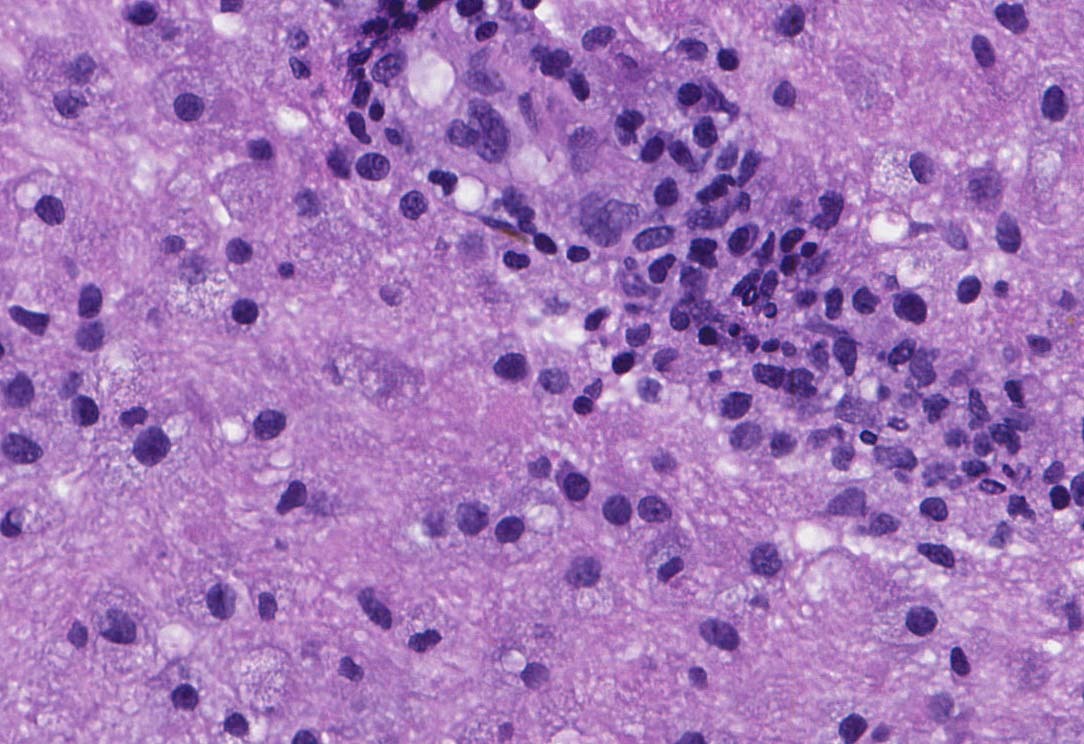 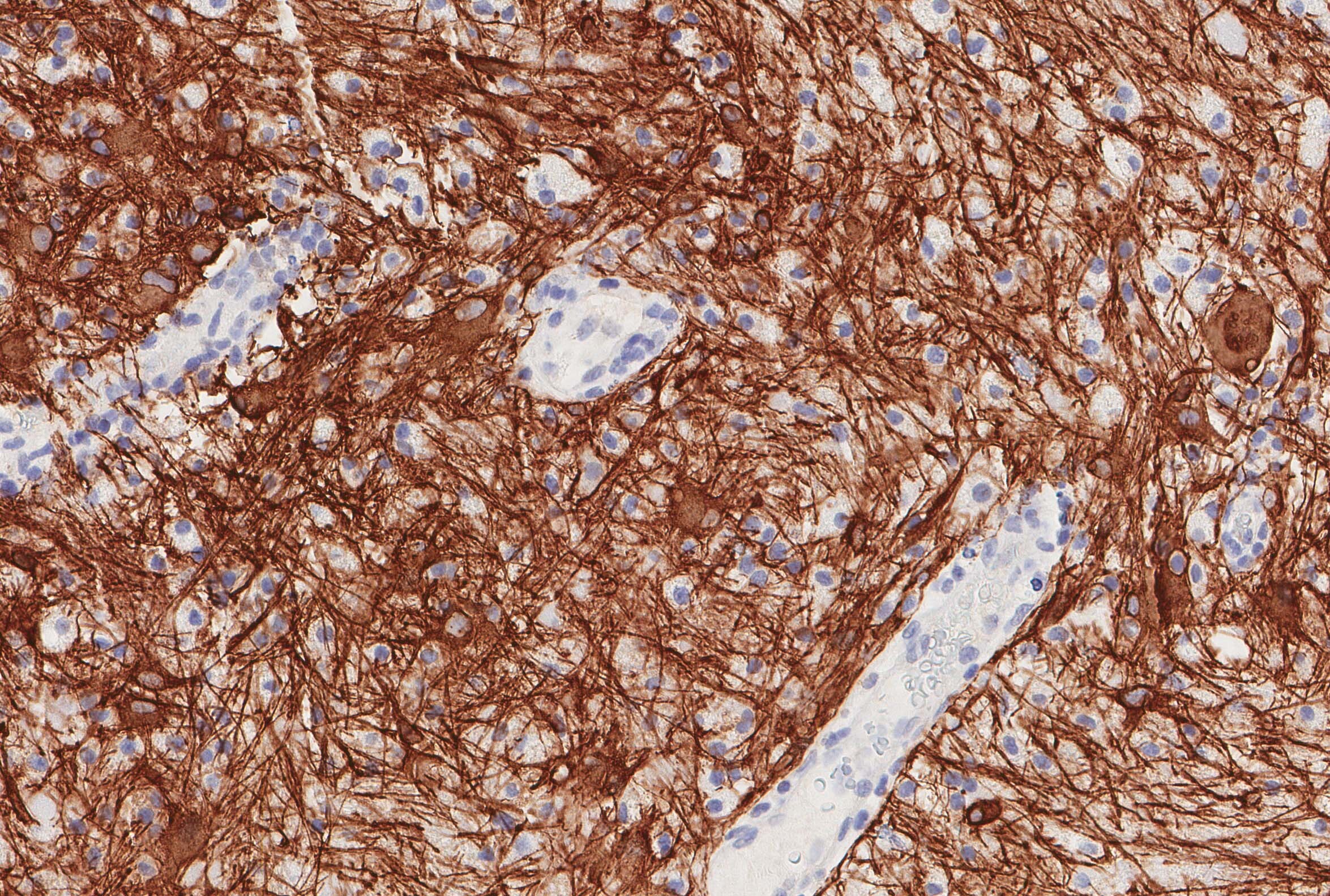 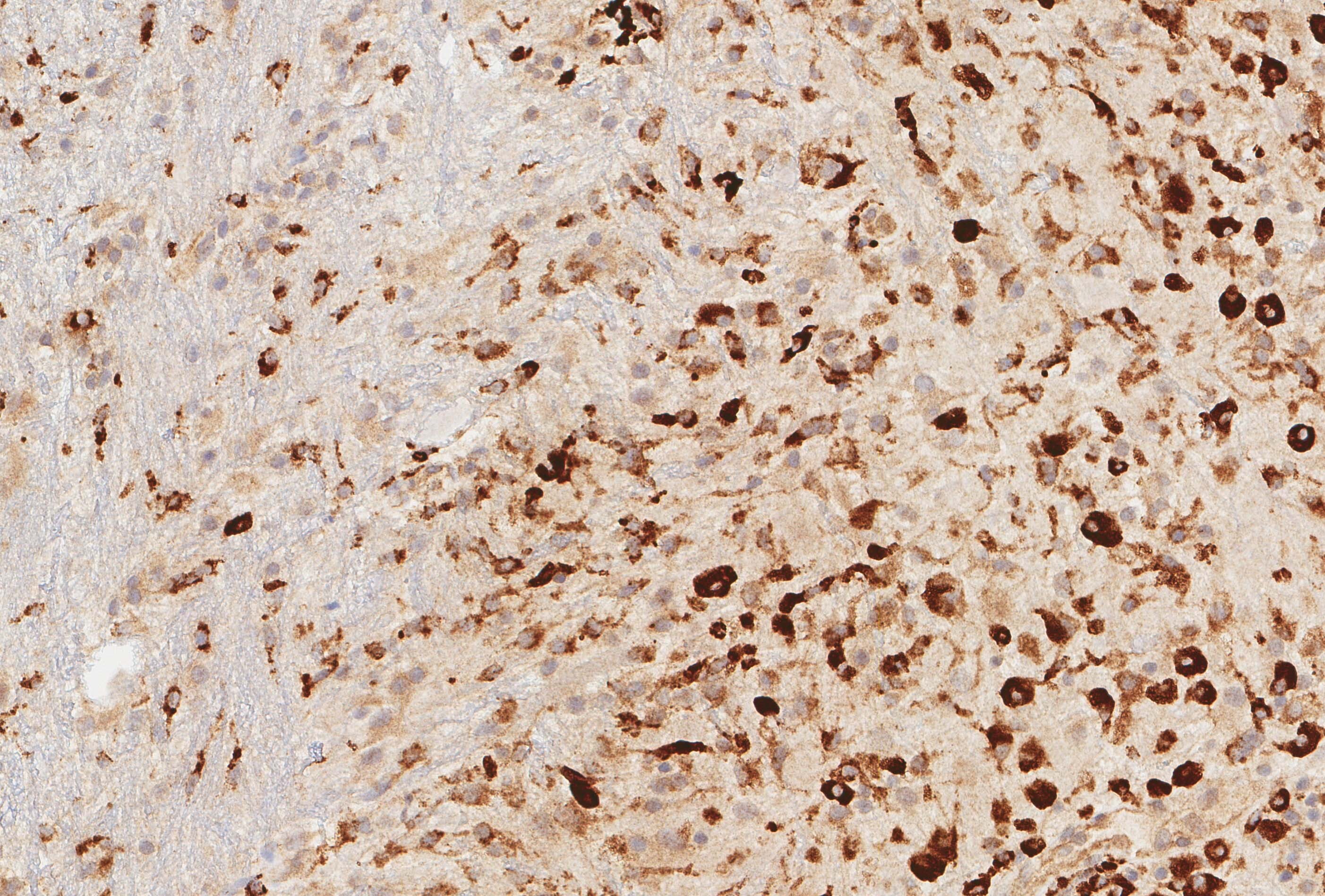 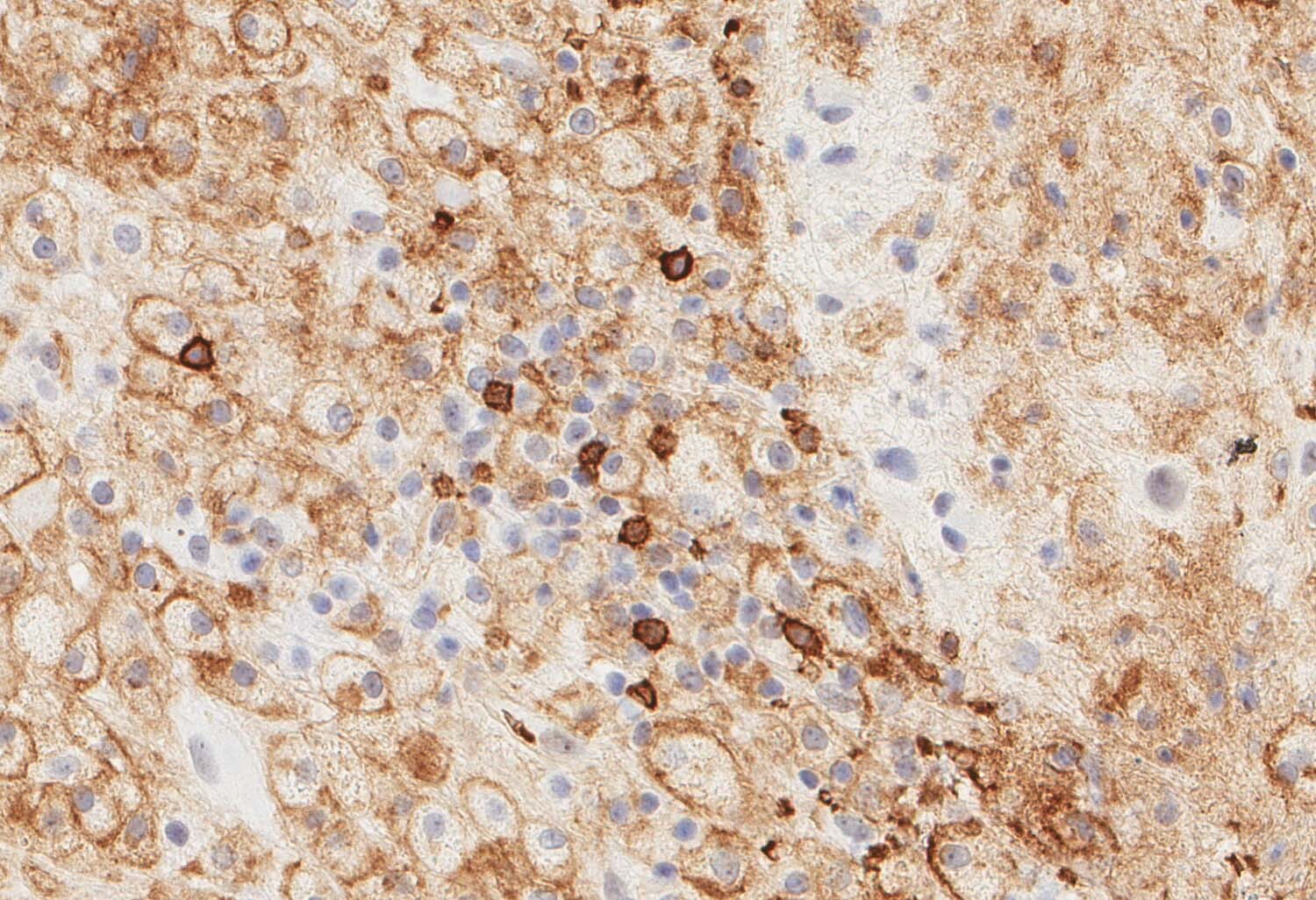 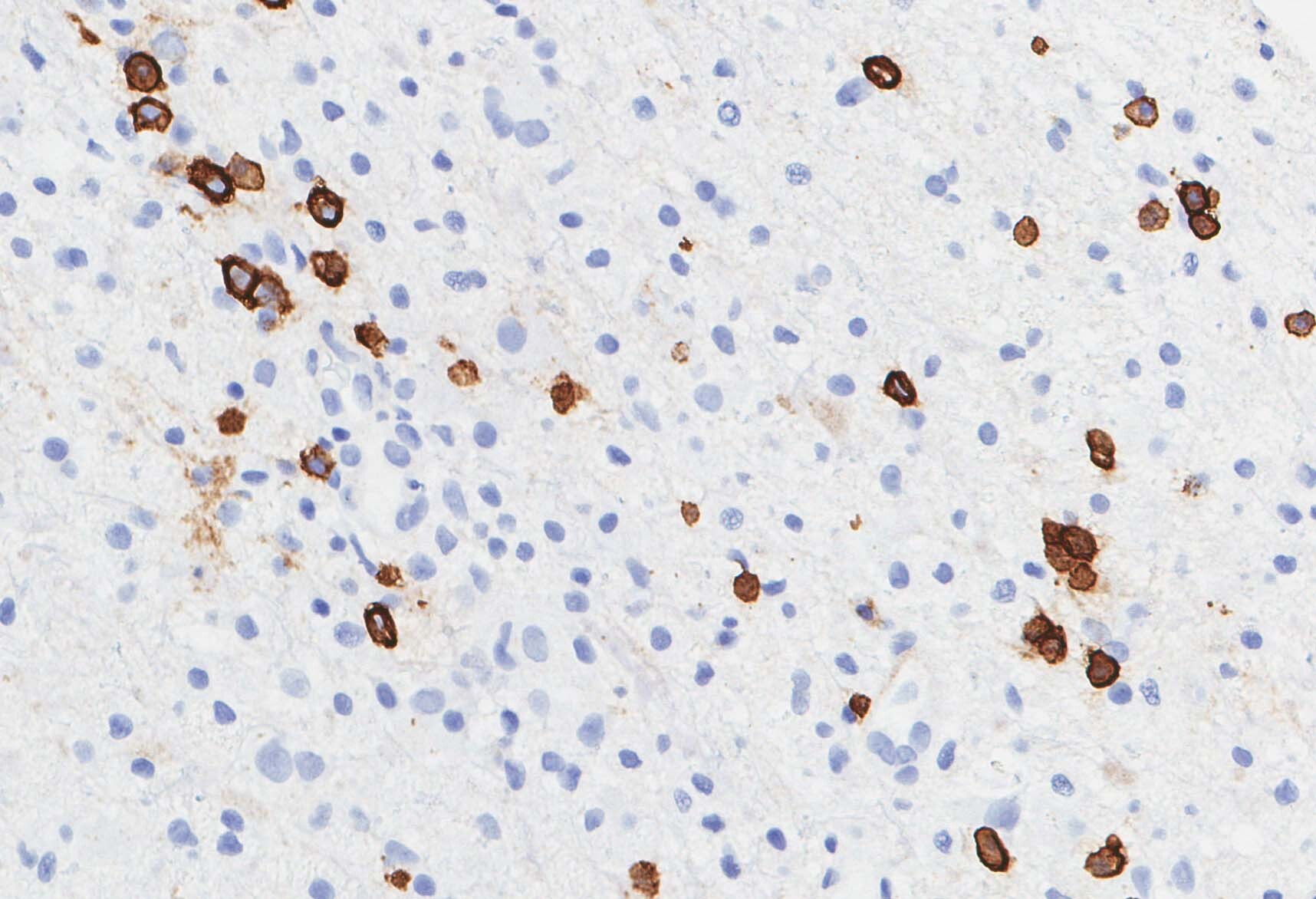 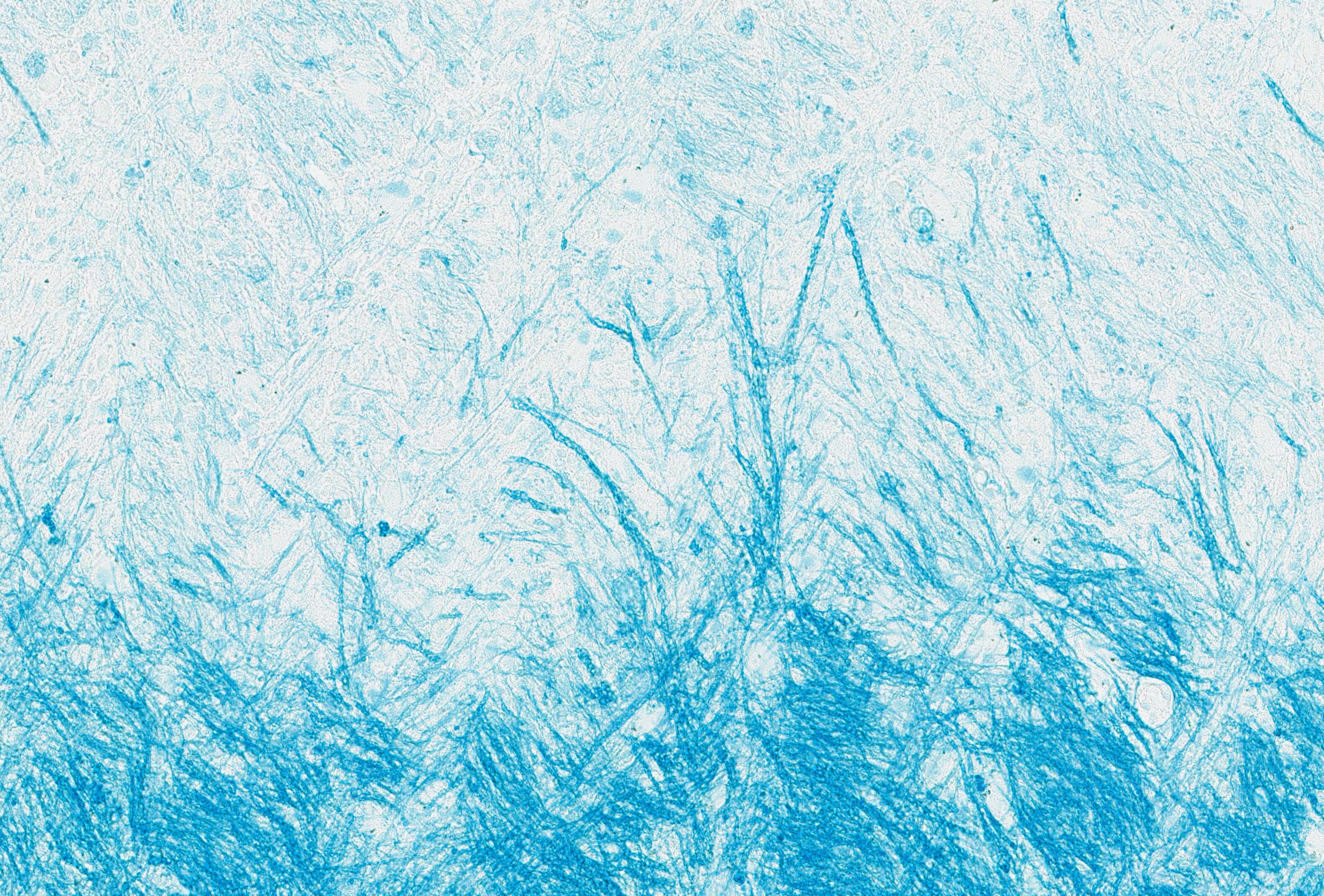 Back to Case Library
2019 NP-A: Case 05 – Neurosarcoidosis
Case One